The credit for naming jojoba has been assigned to several individuals from Hernan Cortez the despoiling conquistador of the Aztec culture to a Jesuit priest Francisco Clavijera in Baja California.

It is assumed that native cultures used the jojoba seeds for centuries as a food. The oil that was taken from the seeds was used as a cosmetic. The oil was also used on skin afflictions and wounds as a medicine.

And so it came to pass that a native plant of North America began its exodus out of obscurity into the modern world of today.

Jojoba as an Herb for Medicinal Uses

The medicinal part is the liquid Jojoba wax. The oil from the fruit has a pleasant scent and taste. Jojoba oil was the skincare darling of the 1970s, showing up in massage oil, facial creams, shaving preparations, nail strengtheners, and all kinds of mainstream hair products. Just a few small drops provide all-day moisture. One interesting bit of jojoba trivia: Jojoba oil isn’t really an oil, but the wax ester (liquid wax) of the jojoba bean.

The jojoba plant produces seeds that are crushed to extract a pure liquid that is very similar to the natural oils your body creates to coat your skin and keep it moist and soft. This natural jojoba oil is wonderful for all skin types. Add 1/4 teaspoon per cup to shampoos for conditioning action. Add 1 teaspoon per cup to liquid soap for deep pore cleansing. Add 1/2 teaspoon per cup to cosmetic oils.

Other uses of the jojoba plant may have included use as a medicine and the making of a coffee like drink; it was also used to treat colds, sore throats and indigestion. Like many native plants of the American Southwest and Northern Mexico, jojoba was a useful and versatile plant to native people.

Jojoba oil from the seed has been used to promote hair growth and relieve skin problems for centuries. It is effective in treating dandruff, psoriasis, dry and chapped skin.

You don’t need to spend hundreds of dollars on products that promise to fight wrinkles, smooth frizzy strands, and remove stubborn makeup. Jojoba oil is simple, natural, and has multiple uses and benefits. For starters, use as:

As essential oil is distilled from Jasmine in Tunis and Algeria, but its high price prevents its being used to any extent.

Because jojoba oil closely resembles human sebum, our skin accepts it very well without threat of breakouts or reactions. If you’re oily or combination skinned and afraid of putting any oil on your face, rest easy. Jojoba oil actually helps to balance skin’s sebum, so it moisturizes dry skins and eases the oil production in oily skin. Apply jojoba oil by mixing two drops of it in your moisturizer, or use it sparingly on its own.

Barley Grass as an Herb 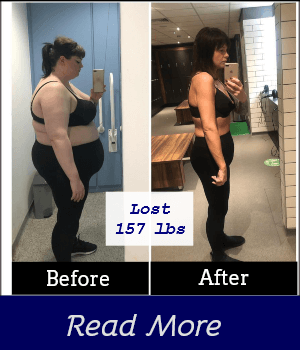