When discussing leptin’s effects on fat loss it seems only logical that we should start our discussion with the white adipose cell, a.k.a. fat cells. Let’s explore the interaction of leptin and adipose tissue. If you have taken the time to look into some of the research on leptin and fat cells you would be awestruck. Visions of fat cells shrivelling up like raisins in the sun would dance through your head.

Seriously, some of these studies are littered with things that seem almost magical—such as fat cells eating away at their own lipid storage depots and spilling glycerol out into the blood stream (1). Imagine if all you had to do was get a shot of leptin to transform your fat cells into fat-burning machines.

Unfortunately, this is one of those times where people don’t behave like rats. Or more specifically, human fat cells behave nothing like mouse or rat fat cells when treated with leptin. When white fat cells extracted from our favourite scientific pet, the rodent, are incubated with a serum of leptin they become quite lipolytic (3,4,5,6). This is not the case with human fat cells, however. Treating human white adipose cell lines with leptin does not induce lipolysis; nor does it reduce insulin’s attenuation of lipolysis (2,7).

The story does not end there, however. Luckily it seems that leptin does have some positive effects on human white adipose tissue. Namely, leptin is very anti-lipogenic. It has been shown to lower the amount of human fatty acid synthase (FAS) and sterol regulatory element-binding protein (SREBP) (8). This is further validated by in vivo research conducted on the obese. The obese have plenty of leptin as you already know and the obese have been shown to have lower levels of FAS and SERBP.

Additionally, leptin has a rather remarkable effect on Perosixome Proliferator-Activated Receptor-gamma (PPAR-gamma). PPAR-gamma is an orphan nuclear receptor that is activated when poly-unsaturated fatty acids (PUFA) bind to it. In many ways, PPAR-gamma is the master control switch for fat storage. When PPAR-gamma is activated it causes a host of enzymes to be created.

The majority of these enzymes serve two purposes. First, they promote the esterification of fatty acids, creating triacylglycerides (TAG). Secondly, they promote the formation of lipid droplets from TAG. Unfortunately, when leptin was administered to mice it increased the cellular expression of PPAR-gamma by 70-80% (9).

Leptin As A Multi-Purpose Hormone

All of this does make sense when you examine it, however. Leptin is a multi-function hormone. It serves as an anti-starvation hormone as well as a long-term signal of energy reserves. Well, relatively long term, when compared to neurotransmitters. So it makes sense that leptin would indeed reduce lipogenic enzymes as it is signalling to other cells that there are plenty of caloric reserves and that the body needn’t bother storing more.

Leptin’s effects on PPAR-gamma activity also makes sense. Specifically, this activity is one of the signals that lead pre-adipocytes to differentiate into full-fledged fat cells. Since leptin is signalling that there is ample stored fuel, it logically follows that it would be alerting the pre-fat cells that there may be a need for more fat cells to store these incoming calories because the current cells are already full.

This is further validated by studies showing that when pre-adipocytes are incubated in supraphysiological levels of leptin they do indeed differentiate into full-fledged fat cells. Of course, this only happens at extremely high leptin levels such as those seen in the obese.

In normal individuals, PPAR-gamma and leptin seem to operate in a negative feedback loop. Leptin signalling at the fat cell upregulates PPAR-gamma as previously stated, however, PPAR-gamma activation dramatically lowers leptin production. Thus it would seem that in normal individuals the relationship between leptin and PPAR-gamma is used to evenly distribute nutrients to all of the adipose tissue in the body; it is a sort of short-term regulator of how much fuel each cell should receive.

Additionally, leptin has some positive effects on human adipose tissue, specifically related to insulin-stimulated glucose uptake. There are several studies that show leptin to lower glucose uptake in fat cells. This would be of benefit as it would reduce the energy supplied to your fat cells, thus forcing them to use fatty acids to meet their energy demands. Some of the evidence in this category is mixed, however much of that can be attributed to the fact that different levels of leptin were used in the studies.

The relationship is an “inverted U.” In other words leptin’s effects in this respect appear maximally at low and high leptin concentrations. This makes sense after further examination. When leptin concentration is very low this is a signal that one is in a state of starvation. By reducing glucose uptake into adipose, you make that available to other tissues such as the brain and muscles, which are deemed more important. So, at low concentrations, leptin acts on adipose tissue to prioritize nutrient usage.

So at the very least, it would seem that leptin’s effects on human adipose tissue are a mixed bag. Its effects are primarily beneficial, however, they are disappointing compared to early animal research. Still, there are many questions left unanswered. In a very rigorous investigation of the current literature, your humble author found that there are approximately 2.34567 gazillion studies on leptin and rodent fat cells. There are, however, only a handful conducted on human cell lines. This means that there is still much investigation to be done and hopefully future research will shed some light leptin’s role in the human adipose cellular lifecycle.

Now, you’re probably saying, “But, I read the previous articles, I know leptin is good for fat loss. Are you trying to tell me leptin doesn’t promote fat loss? Did your parents pick you up by the soft spot as a child? Did you fry your brain on In-Rage? Or are you just a commy bastard?” No, no, and no on all accounts. Don’t fret; leptin is indeed marvellous for fat loss, at least in the already lean. To understand why, we must look beyond our fat cells. That is exactly what we are going to do in the other articles as we examine leptin’s direct effects on the numerous systems of the human body.

Read More about Leptin and Its Mechanism in Your Body

What is Leptin? All You Need to Know About Leptin in 2021

Role of Leptin in the Energy Expenditure and Appetite [2021] 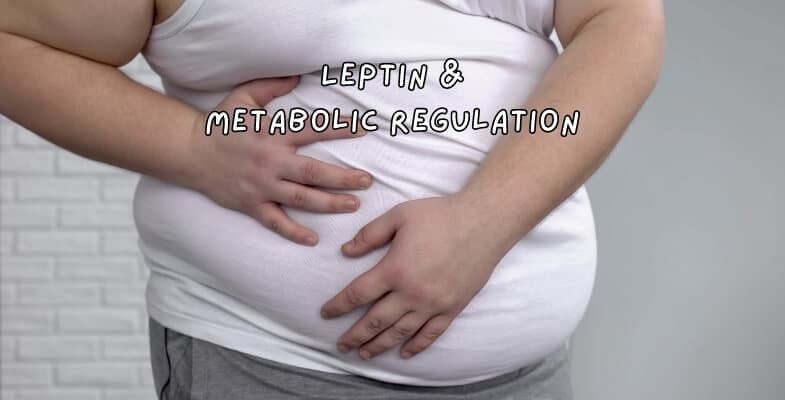 What is Leptin? All You Need to Know About Leptin in 2021